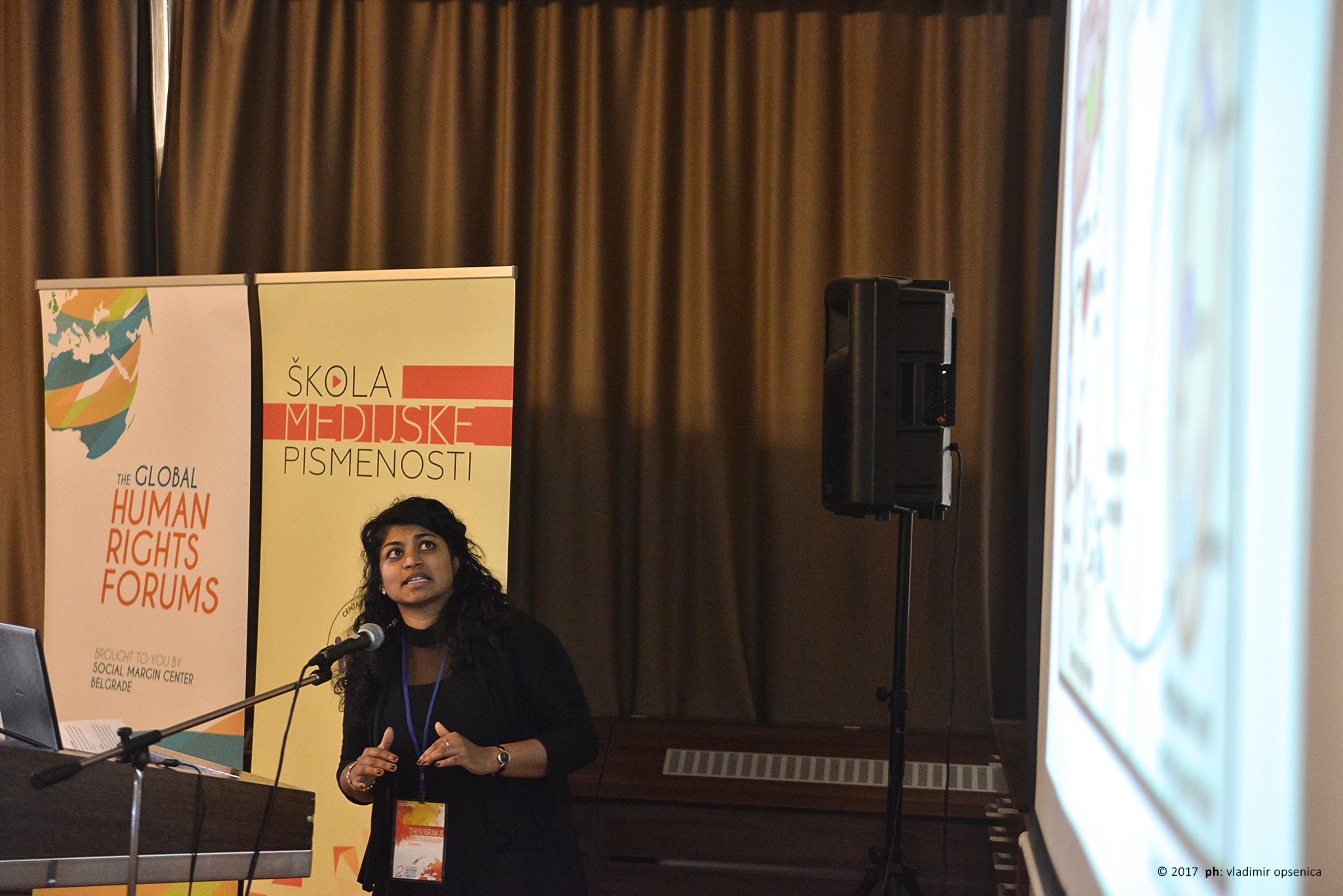 At this panel participants discussed about the availability of water as a basic resource for life and the issue of privatization of water resources, but also about the social conditions that contribute to the spread of malaria, especially in African countries. The panel was led by scientists from Serbia Anja Čarapić and Thuvaraka Thavayogarajah Ph.D biomedical sciences from Germany / Sri Lanka.

During her speach about water as a basic living resource Anja Čarapić noticed that although the UN recognized access to clean drinking water as a universal human right it does not answer the practical question: how to make it available to all people. The privatization of water sources is potentially a major challenge to ensure its availability: “Water is gold of the 21st century. Privatization has the potential for tremendous growth primarily due to the desperate needs of the developed countries, but the water is too important to be only in the hands of private owners. While the privatization of the water supply system might be made more efficient and certainly more profitable, it may limit the scope of those who will use it and become inaccessible to the poor“underlined Čarapić.

“Health is an universal human right, fundamental to our survival, but still a privilege of the inhabitants of the wealthy countries, while people in developing countries die from infectious diseases” at the very beginning of her speach emphasized Dr Thuvaraka Thavayogarajah. Providing conference participants insight into the medical aspects of the disease, the symptoms, prevention and vaccination, she said that in spite of everything 212 million people fall ill and a million people die of malaria every year, especially in South America, Africa and South Asia. Thanks to large investments in public health in the last 10 years malaria was eliminated in the United Arab Emirates, Morocco, Turkmenistan, Armenia, Maldives, Kyrgyzstan and Sri Lanka, which demonstrates the relationship between living conditions and the development of malaria. “The African region, by contrast, is most threatened. In 2015, 90% of malaria cases and 92% of deaths as a result of the disease occurred in Africa. In all countries that it still exists, malaria affects the poor people more and people with limited access to public health facilities and who can not afford medical treatments” ended Thavayogarajah underlining once again the link between living conditions and health.