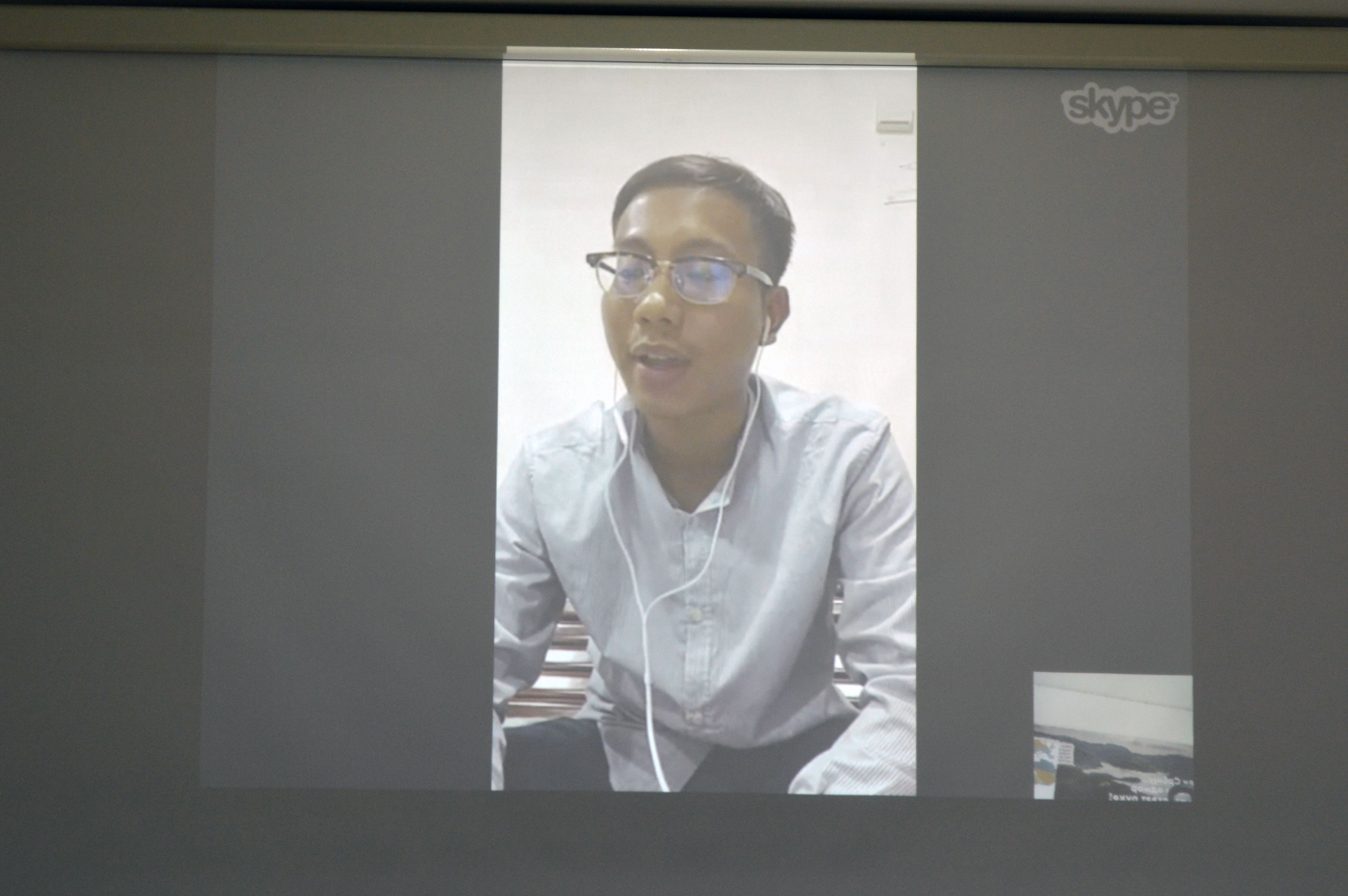 On the first panel we had a chance to find out more about indigenous communities of Taiwan, that’s it Formosan people or Taiwan Aborigines. Jing-Jie Chen gave us a brief presentation about culture, language and population of indigenous people in Taiwan.

Firstly, Mr. Chen introduced us to the geographic position of Taiwan and explained that language of Formosan people belongs to Austronesian linguistic family, even if the official language of Taiwan is Chinese-Mandarin. Austronesian linguistic family also includes territories of Indonesia, Malaysia and Philippines. He also added that there is connection between indigenous people of Taiwan and Maors in the Pacific.

In the next chapter Mr. Chen talked about population of Taiwan, which is around 23 million people, from which only 2.3 percents are indigenous people. Within this minority, we can find different tribes and cultures. He also pointed out geographical distribution of indigenous people and reasons why most of them are living in the mountain area.

One of the most important facts is huge cultural versatility among the indigenous people. There are sixteen different tribes recognized by the government of Taiwan, even if this number is surely larger. Their differences are established mostly by Chinese and Japanese researchers.  The biggest issue is inequality that occurs between unrecognized and recognized tribes of Formosan people, because the first ones don’t have same rights and benefits.

Afterwards, lecturer spoke about interaction between indigenous people and others. By others he meant people that came to Taiwan after indigenous people, so called newcomers.  This process was presented through five different historical phases:

The biggest influence among the western powers was by the Dutch and the Spaniards. They came to Taiwan to establish the trade port between Asia and Europe. The Portuguese, who didn’t ever land on Taiwan, were important because they gave the name Formosan people.

Koxinga was the famous Chinese general from Ming dynasty, who invented the great strategy to defeat the Dutch colonists. In history he is remembered as a national Chinese hero who came to liberate Taiwan from foreign powers. Chinese culture celebrates the memory on Koxinga, while indigenous people are protesting because of the great suffering that he caused. His rule represents dark page in the history of indigenous people.

Ching dynasty is worth of mention because of the laws and taxes they introduced during the integration of indigenous people into society. Some of these laws are still on force.

Kuonmitang is a major Chinese political party which enforced martial law and oppressed intellectual elite in Taiwan. They had major political influence in Taiwan which is still largely intacted.

In the next part of his presentation, Mr. Chen introduced us to the creation of first political movement in 1980. This political movement was formed to fight inequality in Taiwanese society. There is a strong need for this movement to be supported by the government.  Mr. Chen also showed us photographs of protest against dumping of nuclear waste. Government kept consequences of this act as a secret and indigenous people couldn’t be aware of these consequences because they didn’t have any information or education that will provide that kind of awareness.  The indigenous people became aware of these consequences as number of cancer patients suddenly grew. Activity of this political movement led to the first official apology to the indigenous people by the Taiwanese government which took place last year.