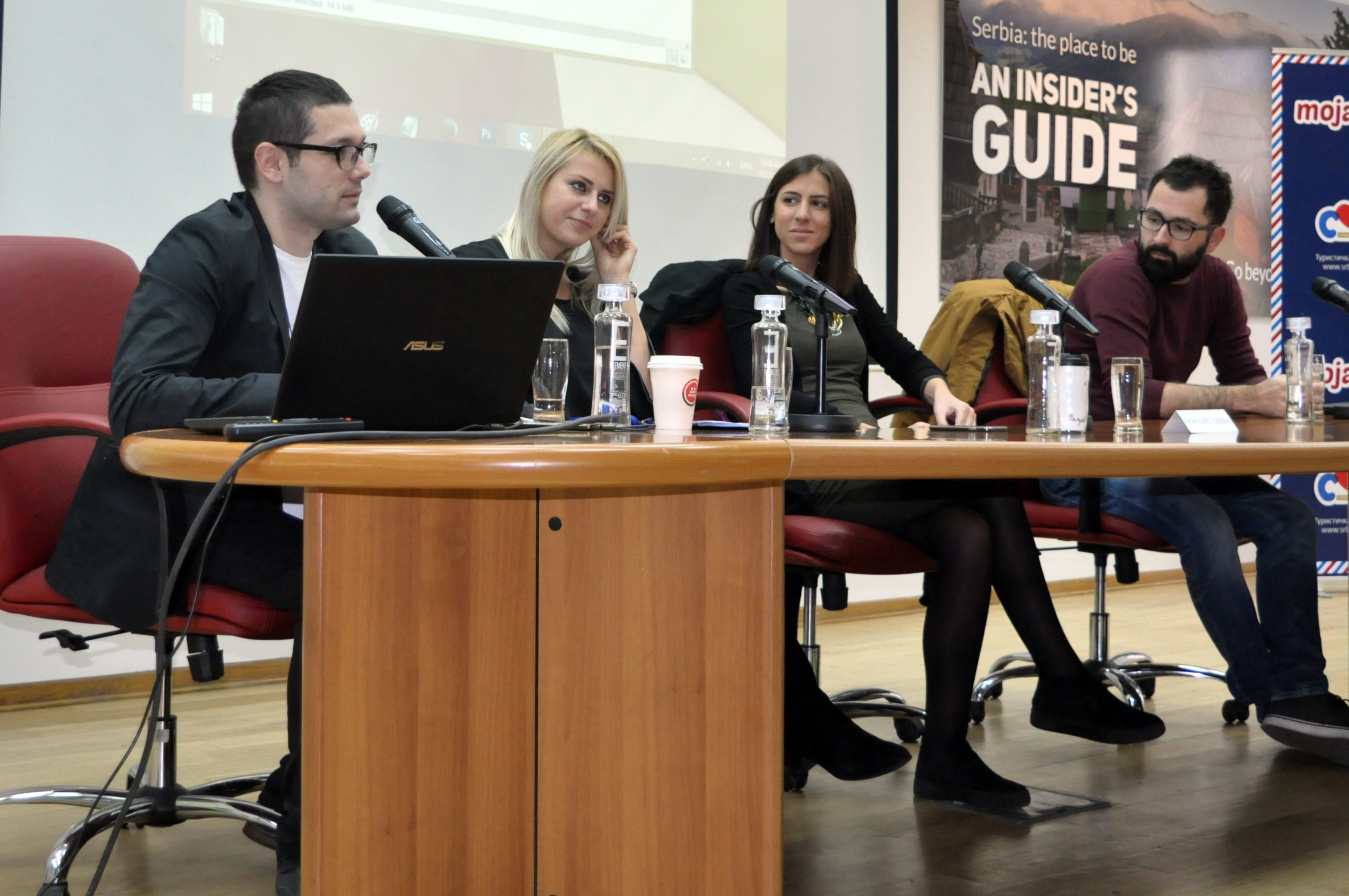 On Friday the 27th of October in 2017, on the third conference „The Global Human Rights Forums“ organised by Social Margin Center, a panel discussion on child labour in capitalism was held. This topic has been presented by Emily Fink of Unitas fond, Mina Lukić, the coordinator of a Shelter for street involved children and Vladimir Simović from the Centre for political of emancipation. Child labour was analized through three crucial perspectives: the risk of trafficking, child labour on streets, as well as dual education as a possible source of children exploatation in the name of labour.

Emily Fink had presented the project about education and prevention of human trafficking, which has been conducted by Unitas Fond since 2015, along with the Ministry of education, science and technological development and the Centre for the protection of human trafficking victims in the Republic of Serbia. Human trafficking can be presented as a „New era’s slavery“ for commercial and exploative purposes. Statistics show there are more than 40.000.000 victims of slavery in 2016, with an earning of more than 150 bilion dollars. Thanks to the programe, more than 80 trainers were educated and , starting the school year in 2016, began the education of elementary and high school students in the Republic of Serbia. Their goal is to raise the awareness of the importance of that topic, through the education and the informing of the youth. A documentary movie „The watchers“, based on true stories, was also supported by The radio television of Serbia and played in elementary and high schools of the whole country. Apart from the movie and lectures in schools, education was spread by educational festivals and sports tournaments.  This way, as Emily mentioned in her presentation, „materials for education are the most precious toy in a child’s hands“. Emily also mentioned that this problem could be solved only if we talk, share informations, and, most importantly- act.

Mina Lukić comes from a organisation „The centre for youth integration“, founded in 2004, which is also the only organisation that strives to enable equal oportunities for development of capacities for every single child engaged in life or labour on streets, as well as children who are at risk to become like that.
In 2007, the organisation has opened the first Shelter for children and, after three years, an another one in Novi Beograd.  The shelter is a licensed institution for children from 5 to 15 years of age which provides a complete support: from basic needs(food, clean clothes and shoes, basic hygiene etc.) from  solving the issues of documentation, to education and integration in a wider society. Mina Lukić emphasized that it is important to understand that  child labour on the streets of Belgrade is not a part of organized criminal activities. From the experience of The centre for youth integration, those cases make a 20%. They are approached in a different way thorugh a specific procedure where the police and The centre for human trafficking victims are involved. In most cases, it’s about extreme poverty.  Children who work on streets come from existentially endangered families , and begging, selling tissues or collecting secondary raw materials with their parents is the only way for them to earn and survive. In the end of the presentation, a short movie about  children from The shelter was played, which illustrates what it all means to them and their families.

Talking about dual education,Vladimir Simović stated the facts about the unemployment rate, transition, privatisation and other problems in Serbia, so the participants could understand the social context in which this model of professional education  is introduced. Dual education is an educational system in which high school students, apart from the regular education in school, also have a part of their classes through the professional practice. This sistem already exists in the most developed countries of Europe, which are economically stable and ready for this model, after years of preparation, which is not the case with Serbia. The law in Serbia, which is yet to be voted, unlike similar laws in other countries, does not imply that the companies are obligated to employ a child , nor the possibility for a student of a school which cooperates with a specific company to make a decision himself if he wants to work in that company. It also implies the labor without the contract and low allowance , and therefore, with children entering the job market the total price is becoming lower and cheap labor is created, which only suits the companies. In the country with a high unemployment and poverty rate this is presented as a good role model, because it allows the children to contribute the family budget.