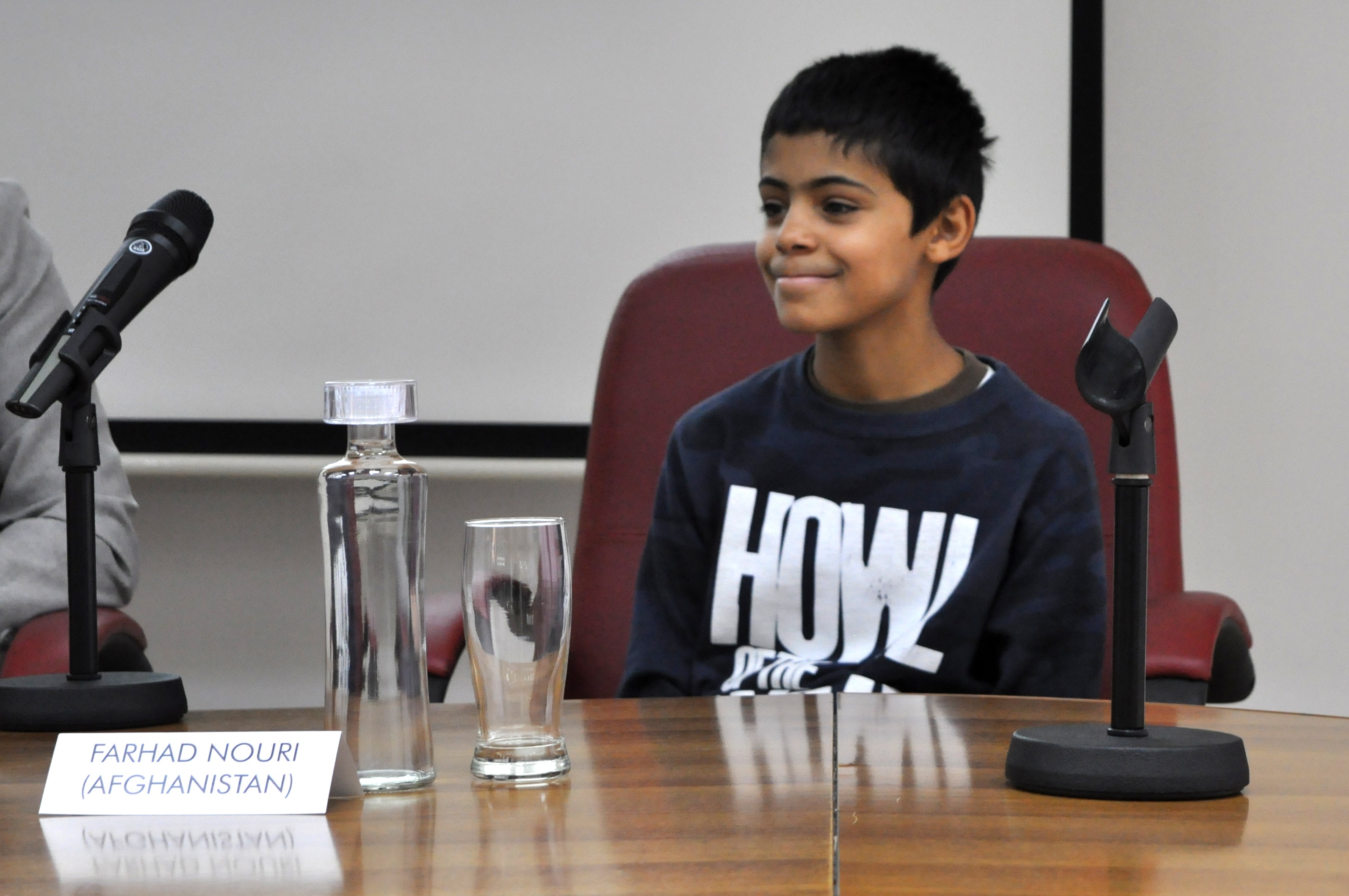 On the second day the second panel was about a very relevant topic. The name of the panel was “The Capacities of a Refugee: Between vulnerability and strength”, and the speakers were Emilia Larrachea Formas from Chile, Tatjana Gutić and Vanja Parović from Serbia.

At the beginning, Emilia out lined basic ideals which we should stick to when dealing with a migrant crisis: participation, protection, prevention and relief and recovery. Further, Emilia spoke about how women are very vulnerable during this time, and how all countries must join and create a National Peace Plan to prevent possible war.“Both men and women should be included in the topic of gender in both peace and war”, believes Emilia. From Emilia we learned to differentiate between a refugee, an asylum seeker and forced migrant, but she strengthened her speech by saying: “At the end of the day, we are all just people”. As we do see a lot of prejudice towards immigrants in many countries, the Chilean attorney reminded us that “labels give less importance to the real situation these people go through”

Tatjana Gutić, psychologist, explained the factors which affect a migrant’s mental health. She spoke about the questionnaire they did in refugee camps around Serbia, and about the results they got: 79,6% said that they are optimistic about their future, 82,5% said they have high self esteem,31,8% said that they are satisfied with their current situation, 52% believe in the efficacy of their host country,50,3 % are happy and the total capability of coping is 55,8%. Tatjana made it clear that “we should not look at them as victims, but as capable, talented people”.  Even though all our efforts are to help them, they do know what is best for them.

Vanja Parović, who works with migrant children, took over from there. She said that “Migrants are people just like us, with hopes, dreams and talents, and our goal should be to try and fulfill and develop them further”.

An amazing example of how valuable working with migrants really can be is eleven year old Farhad Nouri from Afghanistan. Farhad is an incredibly talented painter, and he’s now enrolled in an elementary school in Belgrade. He held an art exhibition of his works which raised money for an ill Serbian boy. We were able to see pictures of Farhad’s work, and also hear his comments: “When I see a interesting face, on Google or in person, I draw it. I usually use watercolors for paintings of views and pencil for portraits.”

We asked him if he would like painting to be his profession, to which he answered: “No, I love to paint; I don’t want it to be my job. I like animation, maybe I could do that one day. My favorite cartoon is Sponge Bob.”

On the question of how he discovered he loved to paint he said that he joined the center to learn both Serbian and English, but when the kids were given the opportunity to draw, his talent stood out and he has been drawing since then. “When I paint, I don’t think about anything. In that moment, I am only painting and I lose myself in it.” said Farhad.

They concluded the panel with a thought we should all be aware of “We are people with dreams, hopes and talents. No one should be victimized, and we should all aspire to fulfill our goals”.