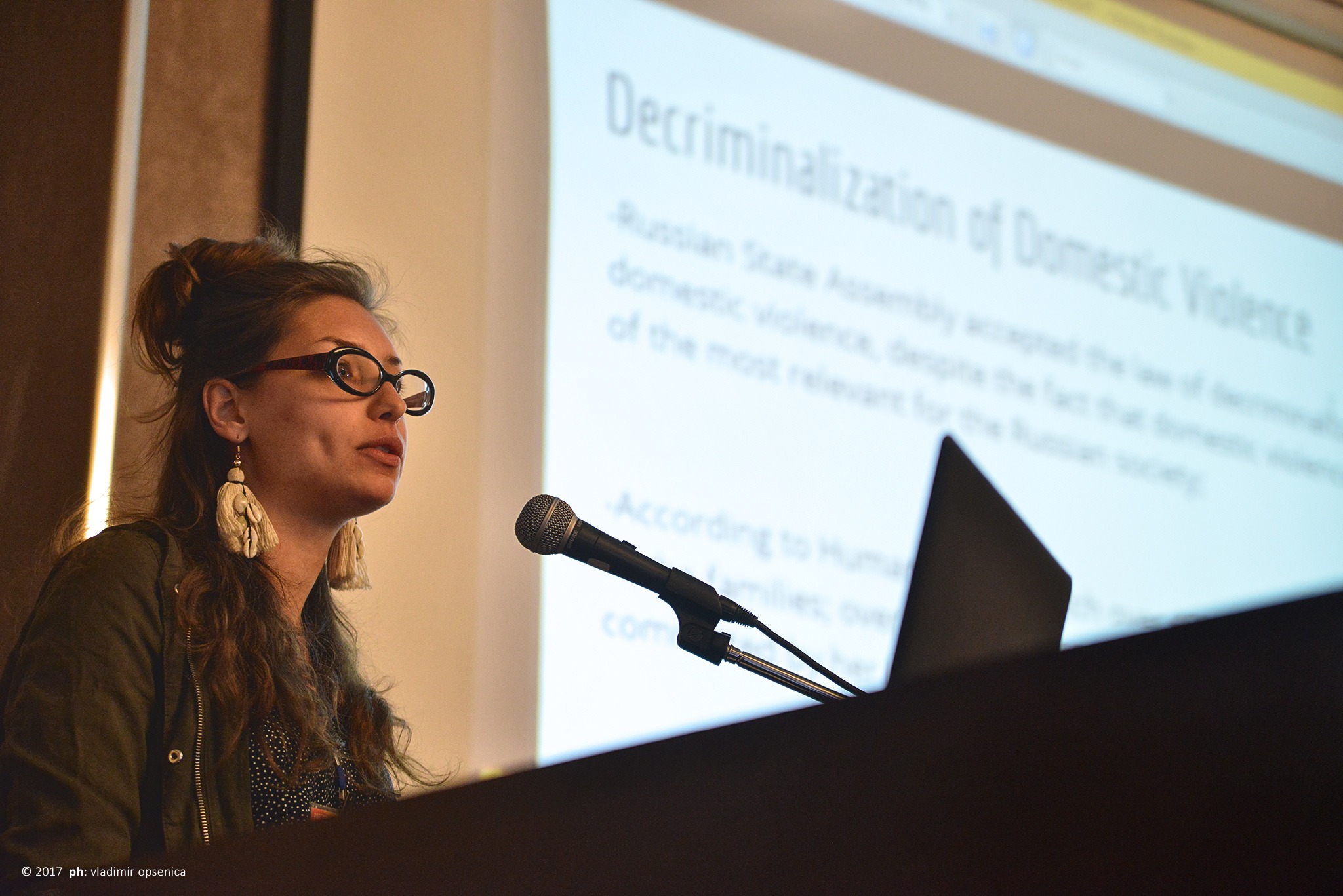 Evdokia Romanova from Russia, guest speaker at our second international conference “The Global Human Rights Forums”, is under police investigation for “propaganda of nontraditional sexual relationships by using social networks and Internet”. Evdokia is a staff member at the LGBT rights organization Samara Regional Public LGBT Movement (“Avers”) and a member of the Youth Coalition for Sexual and Reproductive Rights.

As the Coalition states in its announcement, on July 26, 2017, Evdokia was called to the police department by governmental authorities where the case investigator informed her that she is under police investigation for an administrative penalty (Part II of article 6.21) Code of Administrative Offenses (propaganda of nontraditional sexual relationships by using social networks and Internet). She was then asked to sign the case protocol. Only after consultation with her lawyer was Evdokia allowed to read the case materials in question. According to the case materials Evdokia is charged with sharing posts on her Facebook profile from the Youth Coalition for Sexual and Reproductive Rights and The Guardian about human rights of LGBT people in Russia. Evdokia has rejected the charges and has refused to submit her testimony as a Defendant, according her Constitutional right (Article 51).

Evdokia recently gave an interview for our site where she stated: “Until we are hidden, everything is OK.” This thesis is now proved by her own example.
“Social Martin Center” strongly condemns the violation of privacy and freedom of speech of activists by Russian institutions in order to intimidate and silence human rights watchdogs and fighters for freedom. We stand firmly with Evdokia and the support campaign her organisation has launched. We invite all human rights NGOs to support Evdokia, and indirectly all other activists in Russia! In order to do that you can send an e-mail to the Police Department in the Samara Region (gumvd63@mvd.ru) to tell them that you disagree with the accusations against her, based on Part 2 6.21 Code of Administrative Penalty.