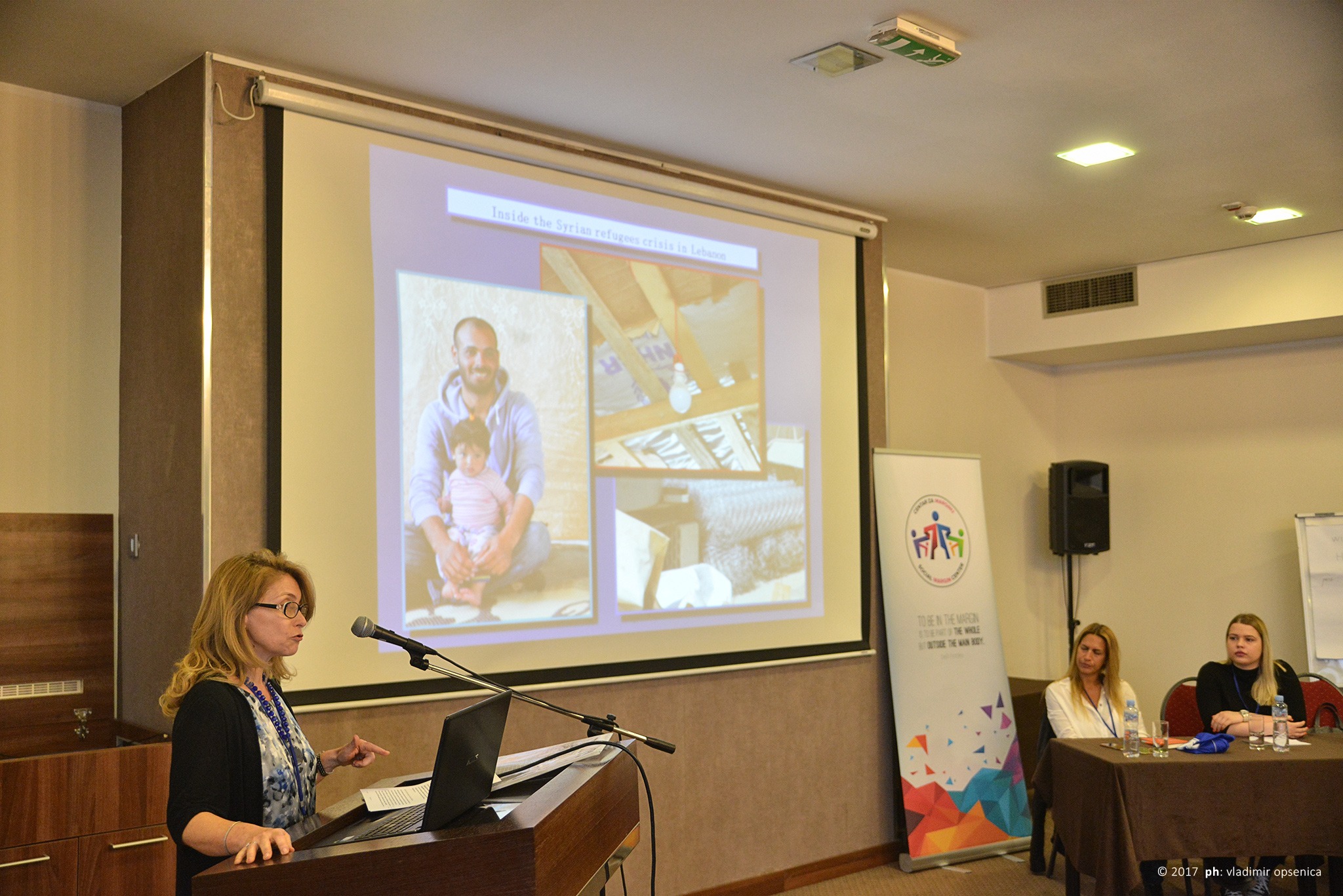 As a burnng issue in the whole world, refugee crisis was the focus of the first panel at the Global Human Rights Forum.

The first panelist who spoke about the integration of migrants into society is Katerina Salta from the organization “Earth” from Greece. This organization is implementing the program “Football for Refugees” which so far has integrated more than 450 migrants. Five of them are now employed in the coaching positions.
“Football provides an opportunity for recreation and skill-building and also participative lessons about discipline, non-violence and cooperation. This program empowers migrants who live in the camps to be physically active, learn new skills and socialize at various national, ethnic, religious and linguistic levels within a structured environment. It gives them a sense of structure and also vitality in everyday life, but also alleviates boredom, apathy, aggression and anxiety“, said Salta.

During her speach about the challenges of the Syrian crisis in Lebanon, university professor from Lebanon, Norica Daniela El-Hallak Ph.D shared the concern about the high risk of slavery: “According to the UNHCR nearly 147,000 Syrian children in Lebanon is 3-14 years old. 70% of Syrian children are involved in some form of work and it’s common that girls from Syria are forced to enter into early marriages, or a Syrian women into providing sexual services in exchange for food and shelter for themselves and their families“stated El Hallak. Katerina Salta from Greece pointed out that the problem of prostitution also exists among young men.

Dayla Briganti from the organization “Caritas” from Italy stated the mechanisms of integration: “It is important to strengthen the ties of migrants and locals through the arts, participation in public events or volunteer activities. We should be focused on the individuals treat them as persons able to make independent decisions and not just as a victim” said Briganti.

It is extremelly important for Social Margin Center to involve young people in all our activities as a way to strengthen them and provide them better opportunities for development and learning. The panel was moderated by Ivana Stojanović, student of journalism and alumni of “School of Media Literacy” organised by Social Margin Center. Stojanović wrote the article “Different nationalities, same vulnerability” during her participation in the “School of Digital Journalism” in Slavko Ćuruvija Foundation. For that article she was investigating the problems of refugees in Serbian society. Stojanović said that it is important that the state acts seriously and responsibly towards this problems: “The problem of thousands of people who remain in our country are unresolved, regardless whether they are from Syria, Pakistan or Bangladesh, and the statements of Serbian officials are subject to different interpretations, as the vulnerability of these people only remains unchanged” Stojanović highlighted the allegations from his text.