The 3rd “Global Human Rights Forums” conference was held on 26-28 October in Belgrade. One of the speakers who opened the 3rd Forum was Kwesi Pasley from the United States who spoke about the criminalization of dissent in his USA, with a special focus on the indigenous community. After the forum, we talked about the social situation in the United States, racism, as well as the impressions he carries from his first visit to Belgrade.

At the very beginning, please share with our readers where are you from and what are your spheres of interest?
– I am originally from the United States, and I was specifically born and raised in Southwest Virginia. Virginia is a mid-Atlantic state, and is close to the Nation’s capitol. Many people think that because of my name, and because I am black, that I personally originated from somewhere outside of the United States, but that’s not true. Most Black Americans have partial or full ancestry from black groups in Africa, but most have inhabited America for so long, that most know nothing about their African ancestry. We’re talking way before the 1800s¬—maybe even longer. While the skin color may be the same, the culture is far different for Black Americans and Black Africans. I was very into music at an early age, so I decided to study music performance—with an emphasis in organ—in college. During college I took a ton of pubic administration and government courses, so I decided I wanted to get my masters in Public Administration, and I will complete that degree in May. My concentration in the program is International Human Rights Law and Policy.

here are poor, middle-class, and affluent blacks in the United States, and most live different experiences, but the one thing that connects all of us are the negative stereotypes, which in turn create discrimination.

What was it like to grow up as a black man in USA? Did you face racism at school or university?
– I can probably count on one hand the number of explicitly racist events I have witnessed towards myself. While they seem to be fairly recent, that may be due to the fact that I am more aware of the role the racism plays in American society. At 3 years old, you know nothing about  racism. At 13 years old, you may understand a little more, but you’re still naïve. You live and learn. At the end of the day, you can’t afford to waste energy on racist individuals. I’ve been this color my whole life, and nothing about the color of my skin is going to change. I remember reading some incredible articles on doing one thing at a time, and how it seems to lead to a very productive life. For me, I have to ask myself whether I’m going to get up in the morning and think about being Black and its disadvantages, or if I’m going to continue focusing on all that I can do to live a fulfilling life.

What are the everyday issues that black people face in society?
– I often say, what everyone deals with and the some! The US has made great strides in trying to breakdown racism in the past 60 years or so, but there is still so much to be done. Blacks deal with many negative stereotypes, and some people will ignorantly make preconceived notions about us because of them. There are poor, middle-class, and affluent blacks in the United States, and most live different experiences, but the one thing that connects all of us are the negative stereotypes, which in turn create discrimination.

The president of America, Donald Trump is, as we can see from west media, really racist. Did his victory put fear in black communities in America?
– I don’t speak for the entire black community, but it did not for me, and I highly doubt it did for many blacks as well. I think there was a lot of concern, but that was shared by many people, not just blacks.

At our previous conference we heard the story about Trayvon Martin from the USA speaker Heather Ventresco. How can you describe the police brutality against black people?
– George Zimmerman—the man who shot and killed Trayvon Martin—was not a police officer. He was a wannabe cop, who unfortunately got away with murder. Of course, I am only giving my opinion, but I can assure you that it is shared by many in the black community. Studies show that Black Americans have an overwhelmingly low level of trust in the police. This distrust is supported by many different reasons, and with recent events, I don’t see it getting better anytime soon. I believe that it will get worse before getting better. Again, we go back to the stereotypes. In many cases, it creates an environment where even the police make negative assumptions about a black individual than if they were white. This ultimately produces more interactions with the police, and some end negatively.

the media just loves to push a false narrative. It’s far easier to validate an already held opinion than to challenge it.

Is it true, as we see in media, that black people commit more crimes? If it is, what are the reasons (poverty, marginalization, or something else), if it is not what do you think media gets from making all black people look like a criminals or people who are dangerous for society?
– I can’t really answer that as I’m not a criminologist. Even then, how do you operationalize or measure ‘crime’. Is it number of arrests? The number of convictions? An arrest doesn’t mean guilty, and neither does being convicted of a crime. When there are studies to suggest that Blacks are more likely to be wrongly convicted, so how do you change the numbers to reflect that? Of course, the media just loves to push a false narrative. It’s far easier to validate an already held opinion than to challenge it, and not only challenge it, but to get them to accept it.

Do you think that situation is better now then 20 years before, or it is even worse because of the current president who almost legitimizes violence?
– Again, way too broad for me to give an insightful answer, but I think that Blacks have more opportunity now than we used to. I certainly have had more access to opportunities than my parents and grandparents did.

At the conference you spoke about criminalization of dissent? Can you explain to our readers what “dissent” mean?
– Dissent means being able to disagree, and it is a right that we all should be able to exercise freely. Sadly, that is not the case.

What are the strategies that state use in order to criminalize dissent and stop people fighting for their rights?
– Anti-Protest legislation designed to prohibit protests are very common. In addition, some countries use the media to characterize protestors as terrorists, and other negative labels to convince members of the public to support such legislation. Some counties censor the media, and so it makes it difficult to publish anything that the government doesn’t like.

How did you get the idea to come and share your experience in Belgrade? What did you know about Serbia before your arrival and what are your impressions now?
– Truthfully, I don’t know where I got the idea from, it just sort of happened. I am a big tennis fan, so I know the big Serbian players such as Novak Đoković, Jelena Janković, Ana Ivanović, although she is retired now. Other than that, I knew nothing. It was much different from what I expected. Belgrade has such a distinct character, and so much history. I know that I definitely want to come back!

What is the biggest impression you took from the conference?
– I was impressed with the different nationalities that were represented, and I hope that in the future the conference grows even bigger. I also enjoyed meeting young people that were so interested in human rights. 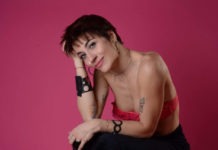 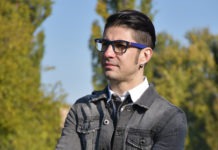