Home Promaja Kristina Millona – Albania, the country where LGBT movement was born out...

Talking about LGBT issues and giving voice to its marginalized community of it requires a lot of open mindedness and consolidated democracy. That is the reason why it remains a ‘’hot’’ topic when we wander through the Balkan countries. But the case becomes even trickier when you stop in Albania. In a country with a dark communistic past and constrained to live in isolation for more than 50 years, to come up with the LGBT issues seems like the most paradoxical thing to be done.

Things turned out to have a surprising twist for LGBT community…
Dictatorship fell down only in 1992. During the heavy dictatorship there was an Article in the Penal code which emphasized the legal stance on LGBT people. It stated that sexual intercourses between people of the same sex are punishable by law. Nevertheless that was decriminalized three years after the fall of communism in Albania. The law did not bring at all any freedom of sexual expression between the LGBT communities which continued to live a double-life, caged in enforced marriages. Things turned out to have a surprising twist for LGBT community. During 2009 a bunch of activists and LGBT people started to have regular gatherings and within that year was created a facebook group named “The alliance against discrimination of LGBT people”. Later it was transformed into an NGO, one of the most prominent one in Albania related to LGBT community. Activists started to shape the LGBT movement from a grassroots level by organizing social actions through posters, graffiti, exhibitions in alternative spaces etc. A turning point was the strong statement from the former prime-minister, Sali Berisha who stated that legalizing the same-sex marriage should be taken more seriously in the near future. This brought strong disagreement from the religious leaders who opposed the words of the former prime minister. This was the appropriate time for the LGBT community to gain recognition. And so they did by writing a public letter to the religious community. The LGBT community was gaining more media visibility after the first Pride Parade. Even though there were some attacks recorded and participants felt intimidated from the camera, the parade went quite well. There were some subsequent TV debates and coverage on LGBT couples. This year (2017) marked the 6th parade organized in Tirana, Albania and its slogan was “”The Time of Promises is Over’’. The situation was a bit complexes because in the same day it was planned a protest from the political opposition party. Nevertheless the Tirana Gay (P)ride went successfully well and it gathered a lot of activists not only locally but even from the region of Kosovo and Macedonia. An activist from Macedonia told during the parade that he was lucky to participate in this parade since in his country these manifestations cannot take place.

One and only Shelter in the Eastern Balkans
Since media visibility is very essential for giving voice to LGBT community, a new project came into life from the NGO ‘’PRO-LGBT’’. This project is a News Portal called “Historia Ime” (“My Story”). It is the first and so far the only Human Rights News Portal which aims to give voice to the LGBTI people and other marginalized communities in Albania. It tackles different issues related to LGBT through covering personal stories, different events like Gay pride, exhibitions, social actions and updating about new laws, amendments for the legislation related to LGBT community etc. Another project was “Mendo Politikisht’’ ( Think politically) which was a mutual initiative between Pro LGBT and ‘’Alliance against discrimination of LGBT people” with the aim of encouraging LGBTI people to vote in the general elections of 2017 by spreading information on the political programs of the party candidates related to LGBT issues. Another important year was 2014 when the first shelter ‘’Streha’’ was opened in Tirana. According to Kristi Pinderi, activist and co-founder of ‘’PRO-LGBT’’ NGO, this year marked an important step for the LGBT community because a lot of youngsters were coming out to their families and therefore they could be sheltered at ‘’Streha’’. Activists from these LGBT NGOs tried to help the Macedonian activists to open a similar one in their country. ‘’Streha’’ remains the only shelter for LGBT people as an entity in the Eastern Balkan.

Summing up the timeline of LGBT movement, Albania contains laws in the penal code which forbids discrimination against lesbian, gay, bisexual and transgender people. However laws are not enforced by the government and no formal reports of discrimination are recorded. There are some legislative vacuum when it comes to the trans-community. Legal gender recognition of Trans people does not exist and same for partnership recognition. Despite the lack of laws, media has done some coverage on transgender people by inviting them on talk shows to open up about being transgender in a country like Albania, perceived as a patriarchal and traditional family-oriented society. One of them was the case of Linda Rey, an Albanian transgender living in Italy made the sexual reassignment surgery years before. She was invited in all of the Albanian TV programs. There is drafted some law proposals on gender recognition with the support of European Council but it seems that they are “stuck” in the drawers. Nonetheless the activists and LGBT community seems more eager as time goes by to raise voice about their cause and not hide anymore.

Kristina Millona is a 23 years old human-rights journalist. She has majored last year in Journalism and Communication sciences in
Tirana University and curently works at “Historia ime” (“My Story”), the first and so far the only Human Rights News Portal which aims to give voice to the LGBTI people and other marginalized communities in Albania.
She identifies herself as a cyber-feminist with her contribution in Albanian Wikipedia (translating feminists biographies) and other engagement in open-source software with the sole aim of bringing the feminist principles on the Internet. 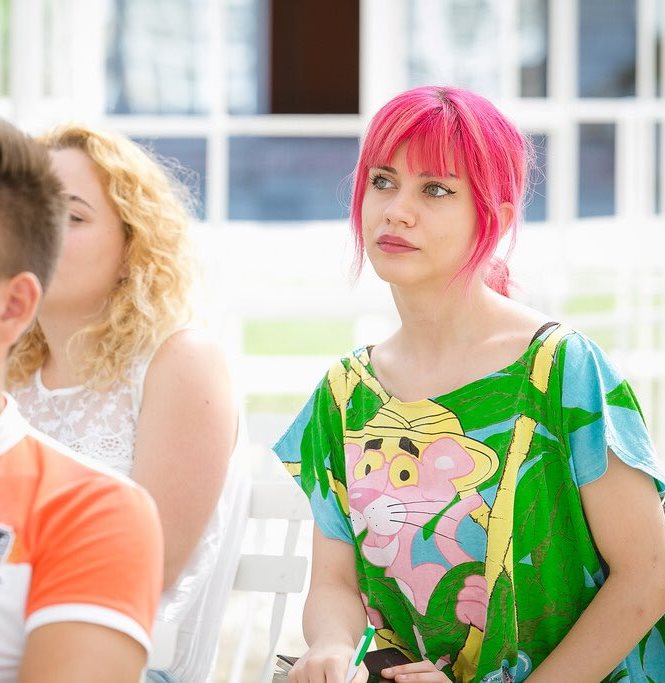 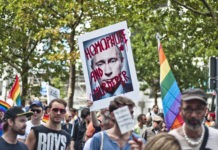 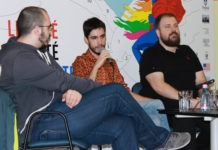