Home Promaja The missing debate on human rights in Chile

For the past 27 years, Chileans have tried to heal the wounds produced by 17 years of authoritarianism. Every government since 1990 has tried to advance reconciliation, solutions to violations of human rights and find justice to crimes against humanity. However, some of us believe that this post-dictatorship narrative has taken over the discussion on human rights, leaving behind other topics that greatly affect the social and political agenda in the country: children, elders, women, LGBT, poverty and education. Do not be mistaken, this does not mean that we haven’t had any policy discussion on these issues: Chile has improved in LGBT rights by approving civil unions in 2015 and women’s rights having its last successful policy on abortion a couple of weeks ago, plus many debates on pension systems and labor rights.

The administrations until 2010 worked through social and political issues with pragmatism. The post-dictatorship narrative was a constant but it didn’t consume public debates. The economy improved constantly thanks to the reinsertion of Chile in the economic system in the 1990s, our pragmatic foreign policy meant the recovery diplomatic and commercial relations lost during the dictatorship, and the institutional and economic stability of the country has allowed it to rise as an example in the Latin-American region.

The discussion on human rights has been lost during the current administration of the coalition Nueva Mayoría. The second government of Michelle Bachelet has dodged the political, economic and social debates that would maintain the standards followed until 2014, shifting to a reform process that grew great uncertainty in the system: the economic reform collapsed economic growth from 4,1% in 2013 to 1,6% in 2016, the educational reform has left more than 71,000 K-12 students either leaving their schools or having to pay tuition from now on, the new system to finance higher education —which promised free tuition for 70% of Chilean college students— is already unfunded and could only benefit 12,6% of students in 2017. Also, our external debt reached 65,4% of the GDP in 2016 and the fiscal debt will reach 25,2% by the end of 2017, all to finance these badly made social policies.

The debate on human rights has been lost within a post-dictatorship narrative that has left important social issues as tangents to abide by a highly ideologized government program, even reducing important ethical debates to mere political rhetoric. We haven’t taken into account the protection of fundamental human rights in all of the current social and political discussions. Let’s see some examples.

The education reform promised to improve the quality of public schools by giving their administration back to the central government and eliminating subsidiary funding. The direct attack on the capability —and the right— of parents to choose where to educate their children has been justified by calling the “elimination of the neoliberal system”, causality that has not yet been proved by research. Close to 3,000 subsidiary funded schools will be affected by the implementation of this reform, leaving more than 71,000 K-12 students in uncertainty about their education.

On the other side, a topic that’s maintained its importance is the one regarding the National Minors System (SENAME in Spanish). The awful administration of SENAME is known by all Chileans. Children in the SENAME system have been taken from their families for situations vulnerability or because they’re held to pay time until they’re older than 18. In 2016, the death of 11-year-old Lissette attracted public debate to the negligence inside the children protection system. A commission in Congress known as Sename II investigated the death of 184 children between 2005 and 2015. Cases such as a baby dead for drowning on their own vomit, the death of a 17-year-old boy killed by stabbing, rapes, suicides and other situations are not unknown to the questioned institution.

Clearly, in Chile we have missed the debate on human rights and we have taken these issues to mere political discussion with little results. We haven’t been able to see the ethical debate that underlies these issues. We have closed our minds to reconcile the distant past instead of proposing ideas to improve the present and create a certain, stable and lasting future. Chile needs to understand that human rights have not been conceived only for and by the post-dictatorship. They’re the foundations of our quality as people and citizens of a country aspiring to human and economic development.

Written by: SYB (Chile)
(The name of the author and link changed on 15.11.2019 on the request of the author to protect his identity) 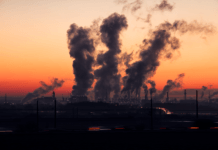 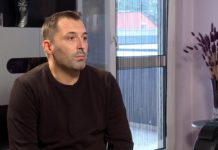